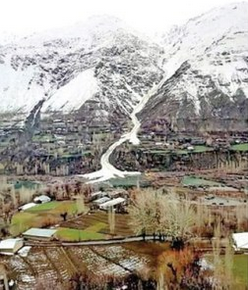 A snow avalanche on the Manali-Atal tunnel highway beyond Solang valley blocked the highway for nearly one hour on Sunday evening. Border Roads Organisation (BRO) cleared the avalanche debris, after which the highway was opened. Fortunately, there was no vehicular movement when the avalanche hit the highway.

Four persons traveling in a Xylo car on their way to Kargil from Sonamarg had a narrow escape when their vehicle came under a massive avalanche near India Gate on Zojila Pass on Saturday.

The BRO on Sunday rescued the passengers. Vehicles were also evacuated and the road was opened for traffic later.