Elk Survived an Avalanche after fortuitous rescue by an observer 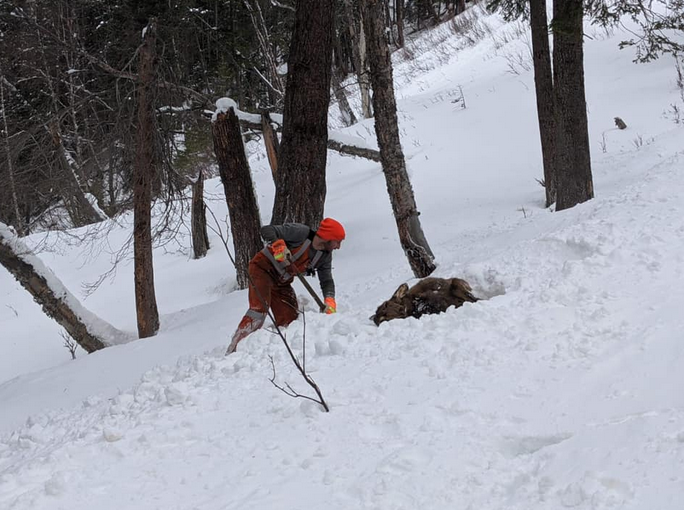 An elk survived an avalanche after being rescued by a nearby observer.

Jesse Dahlberg was watching railroad avalanche control crews use explosives to start relatively small avalanches near Field British Columbia. He noticed a lone elk was in the path of one of the avalanches.

“I didn’t know how big the avalanche was going to be so I was hoping for the best. When I saw it, I thought there’s no way that elk is going to survive.” Dahlberg said.

DriveBC has shared dramatic aerial video of avalanche control work along the Trans-Canada Highway near Revelstoke. It shows a slide being triggered and then thundering down a steep mountainside east of Revelstoke. The wave of snow careens down the slope and over a snow shed.